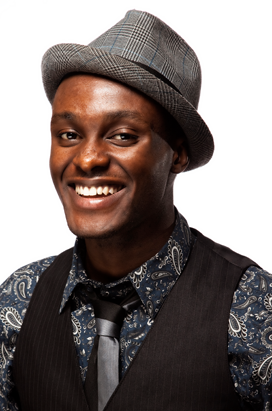 A native of Los Angeles, Joseph is a decorated tap dancer that has performed on stages and taught dancers the world over.

Joseph C. Wiggan, native of Los Angeles, began tap dance with Paul and Arlene Kennedy. Joseph is a 2003 Music Center Spotlight Award winner, 2004 Presidential Scholar in the Arts, and winner of the 2005 Princess Grace Award for outstanding artistic achievement. Joseph performed in the American tour of Riverdance, tap dance musical Imagine Tap! and toured France and abroad in À la Recherche de Joséphine. Joseph made his broadway debut in George C. Wolfe’s Shuffle Along at the Music Box Theater, and also tap danced in the Encores! production of The New Yorkers, along with This Joint is Jumpin’ in London, England. As a teacher he has shared his artistry with people in Sweden, Japan, France, Guatemala, and Taiwan to name a few. Joseph has had the opportunity to be a cultural exchange performer in Cuba, Peru, and Russia. Also, a featured guest in concert with Orlando Poleo, Roy Hargrove, Marcus Strickland, and Wynton Marsalis, Joseph works as a member of The Double J’s, a tap duo act with his older sister Josette. With her, he toured in two Cirque du Soleil shows spanning four years. Joseph attends the New School for Jazz and Contemporary music as a tap dancer, and hopes that other tap dancers will apply to university jazz programs worldwide!