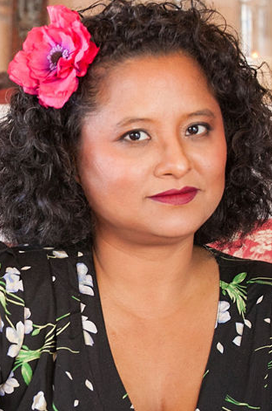 In a city where the music and restaurant business are equally exclusive, Lee is pulling both off in style.

“If you ask me what I do, being a mom would come first, then a singer. And I guess I’m a reluctant restaurateur, but one that really loves it. Before Three Muses happened I probably spent my whole life taking notes, looking at what worked and didn’t. And music’s been part of my life since I grew up taking piano lessons. So things just happen at the right time—and sometimes they all happen at the same time.”

Born in Chicago from a racially mixed background—her mother was Korean, her father was black with roots in Mississippi and Tallulah, Louisiana—Lee grew up studying classical piano and later took up guitar as a rock/pop songwriter. Moving to town before Katrina, she worked at the Belle Fourche restaurant (now Vaso) on Frenchmen and immersed herself in jazz, figuring that her own writing would benefit from a dose of the classics. The Spotted Cat became one of her first regular gigs; she still plays there weekly even though it’s across the street from her own place. As she told OffBeat in an earlier interview, “They say that New Orleans is a place where you either lose yourself or find yourself. I’m one of the lucky ones.”

There’s a bit of elegance in everything Miss Sophie does. Three Muses is one of Frenchmen’s more inviting spots, with its dim lights, acoustic music and room for conversation (and the cocktails absolutely don’t hurt). As a singer she’s become known for a silky approach that harks back to an earlier, more romantic era of jazz singing. Her newest disc’s opener “You & Me (The Universe)” is a prime example: The lyrics promise both undying love and a trip round the planet; Aurora Nealand’s clarinet curls around Lee’s voice, and Matt Bell’s Hawaiian-styled guitar solo adds to the exotica. It conjures visions of a long-ago time when lovers and world travelers really knew how to live.

Miss Sophie Lee’s bio is an excerpt from Brett Milano’s article in Offbeat Magazine on May 3, 2016.